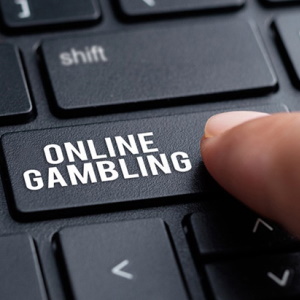 – Sports betting can be traced back to almost the beginning of time.

– Betting on sports has been illegal in most areas of the U.S. until recently.

The rise of sports betting over the last several years has been dramatic. For most of the U.S.’s history, sports betting has been illegal. That changed with the repeal of the Professional and Amateur Sports Protection Act (PASPA).

The U.S. Supreme Court’s ruling in 2018 has opened the door for 32 states that now offer some form of legalized sports betting. It was a long time coming, but gambling on sports has actually been around for quite some time.

It may not be the world’s oldest profession, but betting on competitive events can be traced back many years, centuries actually.

Chariot races were common in the days of the Roman Empire. The wealthy Romans were huge gamblers and would bet on chariot races.

Those who raced chariots would do just about anything to win. Cheating was common. Dabbling in black magic was not out of the ordinary to secure wins.

Romans would bet on just about anything, including the fights between gladiators. One of their favorite activities to bet on was a board game called the “Game of 12” which is similar to what we know as backgammon.

Remember, the Roman Empire was around before the birth of Christ. That would be B.C. in terms of years.

MUST READ > GET YOUR PRIVATE BOOKMAKER BUSINESS READY FOR FOOTBALL

Betting on the Horses

Modern sports betting can find its roots in horse racing that began in the 17th century in Europe. As certain Europeans moved and settled in what is now the U.S., they brought with them many of their traditions.

One of those was horse racing. Betting on horses was common in Europe and carried over to the states in the 18th and 19th centuries. That is when events like the Kentucky Derby, Preakness Stakes, and Belmont Stakes first started.

Those events, of course, make up horse racing’s Triple Crown. Wagers on those events have been taken since the beginning.

At the outset of U.S. history, lotteries were banned by the British government that oversaw the Americas. With American independence, the lotteries were reinstated in the late 1700s. Lotteries were actually used to acquire the funds to start most of the Ivy League schools.

In the late 1800s, the U.S. government banned most forms of gambling, including sports betting except for horse racing.

In the early 1900s, there were continued reports of lottery fraud as well as fraud related to gambling. The U.S. government went at it again and banned all forms of betting.

WIth the U.S. in a state of economic uncertainty, the state of Nevada was granted the right to allow sports betting to help boost its tourism industry. The U.S. government took a 10 percent cut in taxes.

Most sportsbooks were losing out, so the tax was adjusted to 2 percent in 1971. That revitalized the sports betting industry in Las Vegas.

From the early 1900s on through most of the century, sports betting was ruled by organized crime bosses. Bettors could find bookies at local sporting venues and wager on games. Many bookies would even allow in-game betting, something that is huge today.

Illegal bookmaking was huge in the 1970s and ‘80s, especially on the East Coast. Atlantic City, New Jersey, became another key player in the sports gambling industry.

Organized crime would continue to have a hold of the industry until rapid changes in technology in the late 1990s.

The biggest technological advancement of the current era has been the rise of the internet. The internet allowed U.S. bettors to go outside of the country to bet on sports.

Offshore sportsbooks, many of them in the Caribbean and Central America, were not bound by the laws of the U.S. They could cater to U.S. bettors and by the early 2000s online sports betting at the best offshore sportsbooks was huge.

Once again, the U.S. government attempted to step in. Over the years, betting on sports has often been frowned upon. There was the Black Sox Scandal in 1919. There were numerous point-shaving scandals through the years. Each added to the stigma associated with betting on sports.

The dam broke open with the repeal of PASPA in May of 2018. States were then allowed to develop their own legislation regarding sports betting. As stated, there are now 32 U.S. states that allow some form of legal sports betting.

The industry has taken off and state governments are thrilled with the tax revenue. According to statistics, a record $4.33 billion was collected in sports gambling revenue in 2021 in the U.S. That number is expected to increase in 2022.

Our last article helped you know what to look for in sportsbook reviews.