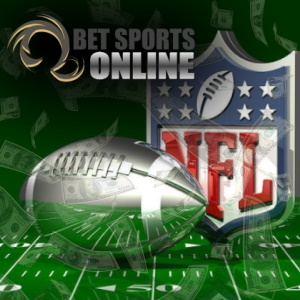 Is there anything different about these prime time games that make them different from the typical Sunday afternoon games? Does scheduling impact betting prime time NFL football?

Similar to handicapping the average Sunday game, bettors should study both teams' strengths and weaknesses, the matchup, sports betting odds and news, and come to an objective decision.

There are a few things that will come into play that make the Monday night game a bit different. Keep the following in mind when betting on Monday Night Football.

Since it's the only NFL game that day, expect lots of coverage and analysis. Respect others' opinions, but believe your gut and research.

Just like the Monday night game, it may be better to handicap all NFL games the same way, regardless of time or teams. However, the Thursday night game usually offers bettors a few twists.

As with any NFL game to avoid common betting mistakes, bettors should look at each of the following:

The other big thing to keep in mind is rest. More often than not, teams playing on Thursday night will have played the previous Sunday. If one team did not, one team may have a bigger rest advantage. Playing on just three days' rest is difficult at any level of football. It’s extremely difficult at the NFL level.

The NFL season is long, so clubs will have ups and downs. Others who are soaring can consider TNF as another to-do, while those who are struggling will continue to do so after a short week. Consider previous play and team motivation when analyzing. While each NFL game is unique, recent primetime performances can be helpful. Also, check team records for primetime spreads and totals.

Saturday NFL games aren't as historically significant as MNF and TNF. The league has played in the afternoon as well as in prime time on Saturdays. Over the last four seasons, NFL games on Saturday reveal the following:

Since Saturday games are always near the end of the season, we'll know which clubs are vying for playoff spots. Those in a run could make a statement this weekend, while those jockeying for draft position may tank.

Don’t forget that weather will play a bigger role in late-season outdoor games. Cold, rainy, and windy conditions can impair game play. Those used to the elements may fare fine, but warmer-climate and dome teams may struggle.

Be sure to check football scores, betting lines and odds for all NFL prime time games.

Sunday, of course, has always meant game day in the NFL. The league began putting a game in prime time on Sundays in 1987. It’s been extremely popular ever since. Betting prime time NFL football on Sunday can be challenging. Here are a few things to look at before placing a bet.

As the season progresses, remember that year-to-date performance doesn't tell the whole tale. Teams can have ups and downs, so look at recent critical metrics.

As the NFL season begins, establish a betting plan, including a weekly budget. Never bet outside your comfort zone even when betting prime time NFL games. You can always read more on how to win betting on football too.