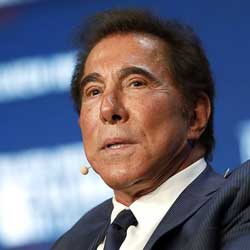 Although Wynn doesn’t have any plans of returning to the gambling industry after stepping down from Wynn Resorts in 2018, gambling regulators want to be sure. According to sportsbook pay per head reports, he doesn’t have any inkling of buying back the shares he sold when he stepped down from his company.

In Massachusetts, gambling regulators fined Wynn in April. However, they didn’t revoke the company’s casino license and allowed them to operate a casino. It is the same regulators that will supervise bookie software firms in the state.

The Nevada Gaming Control found out that the former casino magnate paid $7.5 million to a salon worker who alleged Wynn raped her and she became pregnant. Also, there was a former cocktail server who was pressured by Wynn into a non-consensual relationship from 2005 to 2006.

Some sports betting solutions news outlets tried to get a comment from Wynn and his lawyer, but they didn’t give any reply.