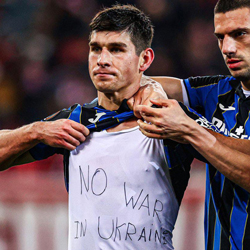 The invasion of Russian forces into Ukraine has global humanitarian and political implications. Also, it is changing the pay per head industry.

Sportsbook pay per head operators and players can expect several changes on betting boards. Also, there would be some line movements. In addition, operators need to readjust their futures wagers after Russia’s incursion into Ukraine.

The UEFA Champions League Final is scheduled at the Gazprom Stadium in Russia on May 28. However, UEFA announced they are changing the venue due to security concerns and the developing situation in Europe. Also, they are condemning the military incursion in Ukraine.

Impact of Ukraine Invasion on Pay Per Head Industry

The UEFA Executive Committee held an emergency meeting to find a new venue for the competition. As a result, they decided to move the tournament to Saint-Denis in France.

Changing the venue can change the odds. Also, pay per head operators need to readjust their futures betting lines. Some bookies can cancel bets and refund the money depending on their terms and conditions. Thus, we recommend reading bookie pay per head reviews to know more about their terms of services.

In addition, UEFA could make several changes to some games. For example, Russia would host the World Cup qualifiers in March. However, UEFA received a letter from the EU parliamentarians asking them to scrap the plans. Also, soccer organizations from Poland, Sweden, and the Czech Republic criticized Russia. They told FIFA that they wouldn’t participate if there were no actions against Russia.

UEFA isn’t the only sports organization considering changes after the invasion. For example, Formula 1 is planning to pull races out of Russia. Also, the organizers canceled the ATP Challenger in Moscow.

The International Olympics Committee condemned Russia for violating a truce with the Olympic Games. The truce is in place until the end of the Winter Paralympic Games in March.