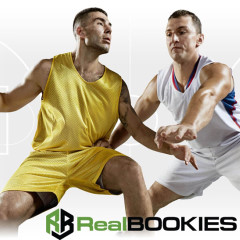 Ben Simmons is a talented and versatile weapon and now he will probably miss the rest of the season. Simmons was averaging 16.4 points, 8.0 assists, 7.8 rebounds and 2.1 steals in 35.4 minutes over 57 games.

“I feel for him,” 76ers head coach Brett Brown said. “We don’t know what ultimately is going to happen, but if people really understood, he hurt his back in a serious way in Milwaukee, and to go through everything that he’s been through, he looks physically different than what he did in March.

He really has worked physically to come back stronger. To get his back rehab, to have a cardio base, to have a physical condition, he had to have done a lot for me to have seen what I’ve seen so I feel bad for him that this situation has happened after all of the hard work that he’s put in.”

Simmons was moved to the power forward spot for the NBA restart and now the Sixers’ offensive focus will turn to their star center Joel Embiid.

Without Ben Simmons (plus-2.3 Defensive Box Plus/Minus), the Sixers will suffer significantly on defense.

As for the team’s offense, not having Simmons (plus-1.2 Offensive Box Plus/Minus) means that they will surround Joel Embiid with shooters. The idea is that this will give Embiid enough room to operate around the basket.

Odds to Win the NBA Championship By Realbookies Per Head Site