A Lack of Ethics by Sportsbook Review and Watch Dog Websites

A Lack of Ethics by Sportsbook Review and Watch Dog Websites 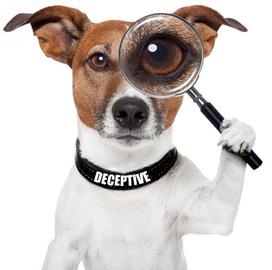 In the early 1990’s the majority of online sportsbooks were located offshore which made it difficult for a player to have any kind of arbitration in case of a dispute.  In most cases, of a legitimate complaint from the player who encountered a bad sportsbook, he would lose his money and there was nothing he could do about it.

Thus rose the creation of online sportsbooks and casinos watch dogs.  As time went by, the sportsbook watchdog industry took a dive as the advertising money started to flow and they became biased in settling disputes.

Today, only a few sportsbook watchdogs remain as most have turned into more of a Sportsbook Review site where the good ones, try to do a good job reporting the facts and only take advertisement from sportsbooks that have a good reputation to protect the players. 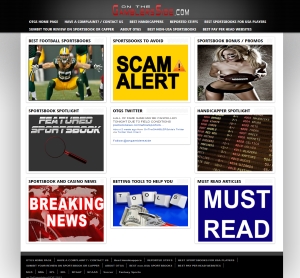 Unfortunately, the majority of the sportsbook review websites lack ethics and will do whatever it takes to bring sportsbooks new players as long as they get paid for it.

Here is one of several examples that portray the lack of ethics from such websites.

On the Gamblers Side – A Fraud and a Scam Website

They seem to advertise sportsbooks based on how much they get paid and not on the quality of the sportsbook like they did back in 2013 with 18thholesports.com which ended up being a scam sportsbook that stiffed several players but was fully endorsed by them.

On top of that, they are also owned or affiliated with Cesar Gonzalez, who runs a scam sportsbook by called, snakeeyes11.net, which has been documented as not paying its players by several legitimate forums like Covers, rippoffreport, bookmakersreview, SBR and many more.

Onthegamblersside.com is a website that has been getting  lot of heat lately in the sports betting world for creating fake news based on the biases of the owner of the website, David White.

David White is one of thousands of amateur sports bettors who thought he could make a quick dollar by taking advantage of recreational sports bettors by creating a website with several news feeds and using it to entice people to go to his website.

This was first brought to our attention when one of our readers pointed out to us how “On the Gamblers Side” twisted several stories about issues that took place at a few sportsbooks like BetOwi and 1Vice.

The BetOwi story is so one sided that it is laughable.  IN his so called post about the complaint for BetOwi, it’s obvious that BetOwi was giving the “Customer” its payout and they clearly explained about the processor limits which in 99% of the time it is a true occurrence especially when dealing with Paypal since operators have to walk on eggshells with paypal considering their policy on gambling.

The interesting part is that “On the Gamblers Side” decided to post it on their website before even talking to 1Vice about the matter first and looking at the chat conversation, its pretty obvious that the customer was at fault if he was not blatantly trying to rip them off.

Now, we don't think much of 1Vice since it was purchased by AmericasBookie but that ripp off report was definitively fishy and we certainly would not trust it.

A true sportsbook review and watchdog website will be as transparent as possible and they will get both sides of the issue and make a judgement from there.  In addition, we understand that websites need to make money from advertisment;however they must not lt that cloud their judgment when it comes to warning players about untrustworthy sportsbooks and casinos.

So our advice is to take the information you get from sportsbook watchdog website carefully and to always get a second or third opinion from different sites before you make a decision on where to bet on sports at a certain book or not.