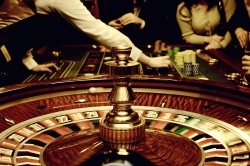 Alabama already has 7 casinos which include the Creek Casino Montgomery, which is currently undergoing a $65 million expansion, but they are thinking about providing its residents and visitors a more Las Vegas style experience.

Waggoner believes that this could solve a lot of problems as many believe that it is not feasible to cut back on State Government spending as it would affect public safety and necessary care of Alabamians.