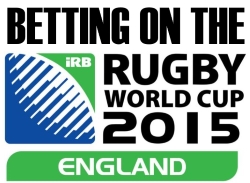 Not many American sports fans understand how the Rugby tournament works, so we’ll start with a brief 2015 Rugby World Cup overview in terms of the points earned for winning (and bonus points).

Like a soccer tournament, there are pools of teams that will each play each other, with the top two teams after the group stage advancing to the Quarterfinals. In soccer, you earn three points for a win, one points for a draw, and zero points for a loss.

In rugby, however, a win earns four points, a draw earns two, and a loss earns zero. There are also bonus points that can be earned for both the winning and losing teams.

The 2015 Rugby World Cup is already underway with most teams playing their initial match. This online sportsbook in particular pegs New Zealand as the heavy favorite to win it all. Other notable contenders include Australia and host nation England.

Australia and England are in the same group (Group A), however. The United State is in Group B, with South Africa being the best team in that group. The US already lost their first match 25-16 against Samoa.

Games are played nearly daily, with one to three matches being played in any given day. The next United State match is Sunday morning against Scotland. The NBC family of networks will broadcast some of the games, including their flagship NBC station in the United States.

You can wager on the outright tournament winner, or match-by-match in a pointspread betting format. Check out all the rugby odds and futures for yourself!