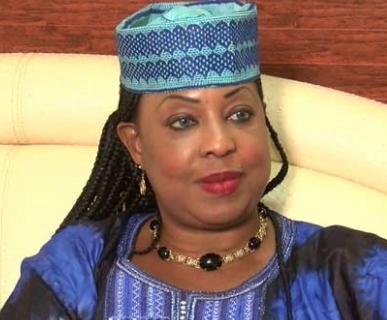 The event was being held at Terrou-Bi hotel in the Senegalese capital of Dakar to honor African women who excelled in their chosen fields.

This is the second year that this award ceremony is being held to celebrate African women who have made exceptional impact and change in their countries or communities in a particular year.

The winners were selected by a special panel of judges from 68 shortlisted candidates across 12 categories.

This year, the Woman of the Year Award went to Fatoumatta Jallow Tambajang, a former political exile and prominent pro-democracy activist in Gambia who currently holds the position of Vice President.

On the sports side of the awards ceremony, Fatma Samba Diouf Samoura, a Senegalese senior United Nations official and the first female FIFA's Secretary General received the New African Woman in Sport Award enabling more woman power in the world of football according to several french sites about pari sportifs afrique.

She received the award for here not only being the first female FIFA's Secretary General but also because of her work as the resident representative for the United Nations Development Program in Nigeria where her responsibilities include, but are not limited to, budgeting, human resources, and procurement.

Nigeria’s Amina J. Mohammed – the new United Nations Deputy Secretary – she took home the New African Woman in Politics and Public Office. Prior to her new post, she served as Minister of Environment.

The Award for Women in Health, Science and Technology went to Namibia’s Dr. Helena Ndume – a pioneering ophthalmologist and cataract surgeon, who has to date, performed over 35,000 sight-restoring surgeries on Namibians, completely free of charge.

Tsitsi Masiyiwa, the Zimbabwean philanthropists and educationist received the New African Woman Award in Education for her work with Higher life Foundation.

Vivian Onano from Kenya took home the New African Woman on the Rise (The Next Generation),  for her work as a girls rights activist and UN Women youth advisor. 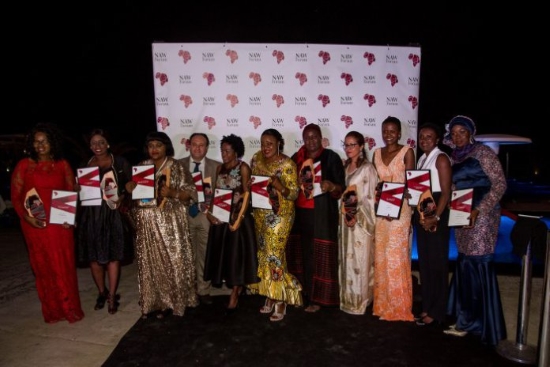 Some of the other winners were:

Nigeria’s Joan Okorodudu (New African Woman In The Arts & Culture) for her services to raising the profile of African models and fashion.

Tumusiime Rhoda Peace from Uganda was named the New African Woman in Agriculture for pushing the importance of food security and adding value chain to African goods while she was at the AU.

The New African Woman in Civil Society was given to Chief Theresa Kachindamoto, who annulled over 300 child marriages in her village in Malawi, a feat that played an important role in forcing the government to ban child marriages in the country all together.