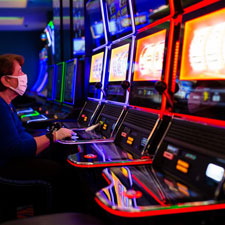 Colorado voters approved Amendment 77 during the November elections. Thus, Colorado casinos will get higher betting limits. Casinos in Black Hawk, Cripple Creek, and Central City can now have limits above the previous cap of $100.

Also, casinos in the three gambling towns can offer new games. However, the Limited Gaming Control Commission needs to allow the games first. Black Hawk City Council didn't want to waste time and voted to approve unlimited single-bet wagers last December 1. The council also allowed casinos to offer keno, baccarat, and pai gow poker. However, the changes would take effect on May 1 due to the amendment's wordings.

According to pay per head solution reports, the amendment allows Colorado to compete with other states with legal casino gambling. Before the amendment, bet limits were only found in Colorado and South Dakota.

They said that amendment would not make Colorado into Vegas Strip. Ameristar Casino Resort and Spa, one of the state's biggest casinos, said that the amendment was not a game-changer for the casino. They don't expect Ameristar Casino to experience revenue growth by hundreds of millions from it.

It is the second time the state increased the wager limit in casino games. In 2008, Amendment 50 increased wager limits from $5 to $100. Also, it allowed casinos to offer craps and roulette. Casinos can also stay open 24 hours a day.

Amendment 77 doesn't affect the sports betting industry in Colorado. Thus, entrepreneurs who want to become a bookie in the state don't need to consider the changes. It only affects single wager games and not when players bet sports online.